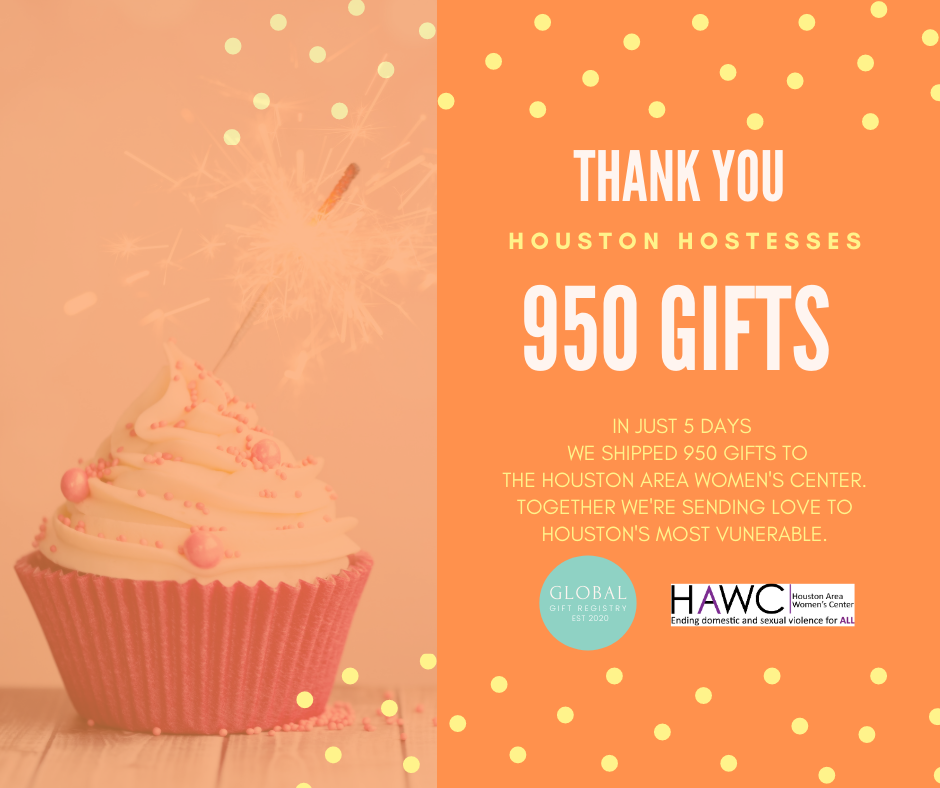 Following the unprecedented winter storm that hit Texas in February 2021 where millions of people had no heat, electricity or safe drinking water, the Global Gift Registry sent an emergency message to donors soft launching it’s 6th Global Gift Registry for the Houston Area Women’s Center (“HAWC”). Within five (5) days, over 950 gifts and counting are on the way to help Houston’s homeless women and children: diapers, clothing, food, toiletries, gift cards and so much more. Click HERE to buy a gift and support Houston’s homeless and impoverished!

How did Global Gift Registry activate so quickly? Fortuitously, Global Gift Registry planned to launch its 6th initiative mid-February in partnership with HAWC. Once the storm wreaked havoc on Houston, we considered delaying the launch of the Registry to give HAWC time to get its operations back in working order. However, the storm put a strain on a system that already had depleted resources. HAWC desperately needed essential supplies. Global Gift Registry’s expedient soft launch was able to answer the call and donors began sending gifts immediately.

What’s happening on the ground in Houston? HAWC  reported that Houston restored power so they were able to move single resident clients back into their Safe Harbor hotel rooms.  Community friends delivered free hot meals and cases of water over the weekend and pallets of water are on the way.  However, the storm presented unexpected expenses so the shelter still needs essential items: food, clothing and toiletries.  Another concern is that domestic abuse spikes during disasters. In fact, Houston has seen horrible cases of violence over the past few days including murders and suicides.  Here is a link to a powerful article in the Houston Chronicle published over the weekend reporting on how domestic violence shelters, including HAWC, are working overtime to keep survivors safe during the Texas crisis.

How can you help?   You can purchase a gift HERE on our Target registry that will be sent directly to Houston.  Please share with friends and family.

We started the Global Gift Registry in 2020 as a way to support our most vulnerable women and children in real time.  As Coretta Scott King said, “The greatness of the community is most accurately measured by the compassionate actions of its members.”  Thank you for standing with us in this work.

Previous Story
World of Money “The Power of One Philanthropy” Award

World of Money "The Power of One Philanthropy" Award